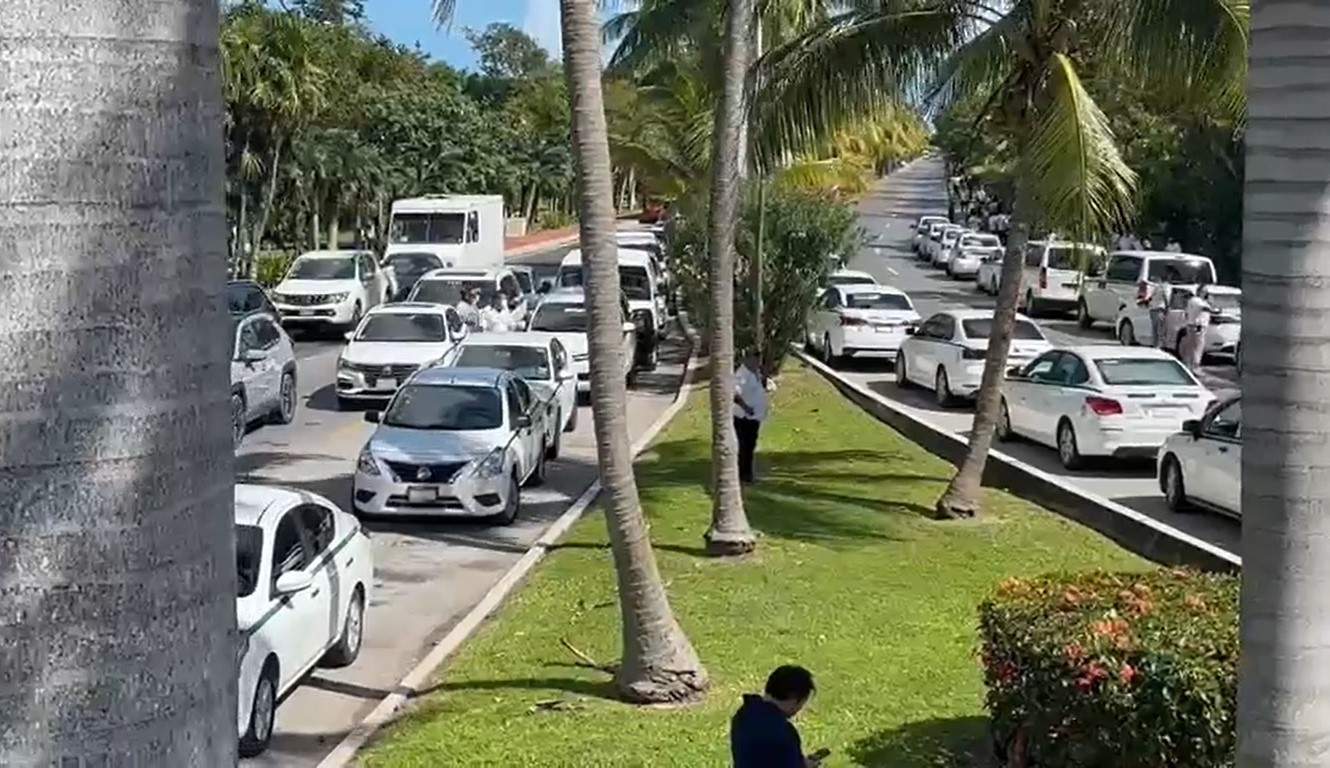 Cancun, Q.R. — “With respect to the right to demonstrate, we will guarantee free transit and the rights of Quintana Roo residents and tourists,” the government wrote in a public statement released Monday after taxi drivers blocked the hotel zone.

“The state government will participate in dialogue and listen to all voices guaranteeing peace and tranquility,” they added after days of ongoing aggression by Cancun taxi drivers that resulted in a U.S.-issued travel warning.

On Monday, the U.S. Embassy in Mexico released a travel warning against the entire state of Quintana Roo but specified the recent hostility by Cancun taxi drivers against Uber drivers.

In the wake of recent incidents involving taxi and Uber drivers in Quintana Roo, U.S. citizens are reminded of guidance provided on Travel.State.gov, specifically about the use of application-based transportation services in Mexico, which states: Application-based car services such as Uber and Cabify are available in many Mexican cities, and generally offer another safe alternative to taxis. Official complaints against Uber and other drivers do occur, however, and past disputes between these services and local taxi unions have occasionally turned violent, resulting in injuries to U.S. citizens in some instances.

U.S. Embassy and Consulates in Mexico

On Monday, the Secretary of Government, Cristina Torres, said that “peace will not be violated” regarding the most recent attention-getting stunt by Cancun taxi drivers, which was the complete blocking of all three Cancun Hotel Zone entrances.

Early Monday, dozens of taxi drivers took to blocking the three main roadways that lead in and out of the hotel zone. Not only did their unannounced blockade affect traffic, it left hundreds of tourists scrambling to find a way in and out.

Cancun Transit Police and the National Guard were brought in within the first hour of the blockade to move the cabs and get traffic flowing. Additional police units arrived to transport tourists safely in and out of the hotel zone.

Dozens of National Guard were posted in and around the Hotel Zone to ensure free passage and deter retaliation by Cancun taxi drivers, who have become known for their aggressiveness against city bus drivers and Uber drivers.

In response, Cancun Mayor Ana Paty Peralta posted a video message speaking out against the most recent acts saying that she will not allow the “image of destiny and human security to be violated by a few.”

This latest antic was in protest to the January 11 legalization of Uber in the state of Quintana Roo. While legal to provide the service, the rideshare company is still without the necessary permits to operate, a dilemma the state is currently working on since new laws need to be developed to accommodate the private rideshare company.

“The State Government and the Coordination Group of the City Council respect the free demonstration of the citizens of Quintana Roo as long as it does not violate or harm the rights of third parties,” State Secretary Cristina Torres Gómez said during the Cancun press conference.

“We listen to absolutely all groups, but under no circumstance are we going to allow peace and tranquility to be violated, nor for the roads to collapse in a state that is Mexico’s window to the world,” she added.

After the issuance of the US travel warning, Governor Mara Lezama said she has been in contact with the U.S. Embassy to have the warning withdrawn as soon as possible.

More from Cancun NewsMore posts in Cancun News »
This site uses cookies to personalize content, adverts and analyze traffic as well as to remember your preferences and repeat visits. By clicking “Accept”, you consent to the use of all cookies. Learn more about cookies and how you can change your settings. I accept cookiesI refuse cookiesLearn More